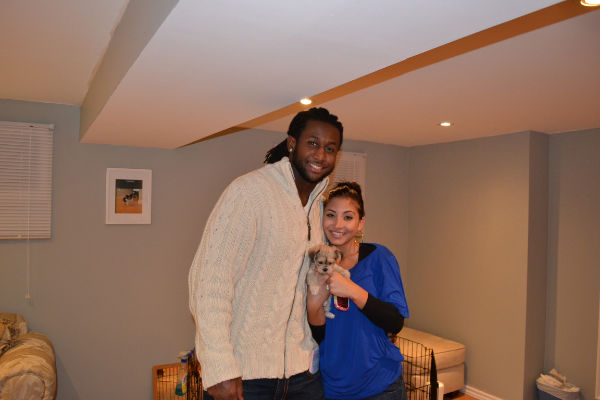 Kelvin and Jordan were in Toronto at the Louis Vuitton store where they met a past client of ours who had purchased a tiny toy maltese puppy, and absolutely fell in love with the look of our past pup. They contacted us and wanted to see what pups we had coming up. They instantly fell in love with a tiny toy morkie female. The following weekend, Kelvin was playing a game in Toronto, Ontario so he and Jordan came by and purchased their new little baby 🙂